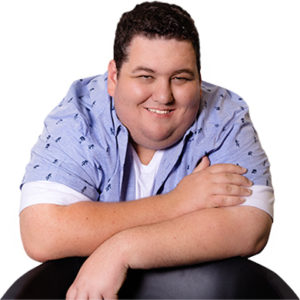 Originally from the great state of WA, Macka has been traveling Australia making people happy on the radio for the last decade, with stints in Geraldton, Taree, Mackay and Bega.

He loves his technology, is a keen binge watcher of any TV show he can get his hands on, and he loves his sport – you put a sport on in front of him, more than likely he’ll sit down and watch it (and understand it within half an hour)

He now joins the 3GG team to help you drive home to some of your favorite hits, plus the Ten From Then, Your Choice and Retro Rewind among the 30 Minute Music Marathons.